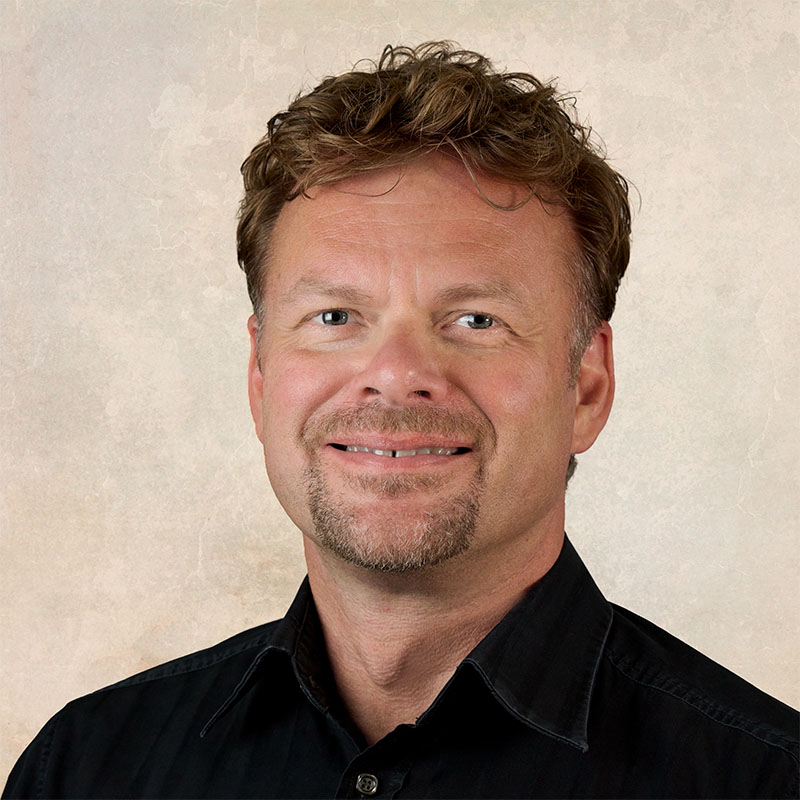 Patrick graduated from the West Coast College of Massage Therapy in Vancouver, BC. Over the past 20 years of his practice he has remained focused on function; knowledge of biomechanics and anatomy allows him to direct the treatment to achieve the goal to get people back to activity.

Patrick graduated from the West Coast College of Massage Therapy in Vancouver, BC. Patrick took his specialty in sports massage, these skills were fine tuned while practicing at the University of British Columbia Aquatic Center with other sports massage therapists and sports medicine professionals. This lead Patrick to being the first RMT invited to practice at the New West Orthopaedic & Sports Medicine Centre in New Westminster, BC.

Patrick returned to Nova Scotia, co-establishing Truro’s first clinic with chiropractic and registered massage therapy. This was followed by establishing a multi-disciplinary clinic, which lead to the expansion at the current location.

Over the past 20 years of his practice he has remained focused on function; knowledge of biomechanics and anatomy allows him to direct the treatment to achieve the goal to get people back to activity. The range of post graduate courses he has completed includes therapeutic touch, craniosacral, NMT; neuromuscular, strain-counter strain, orthopedic assessment and manipulation, myofascial/active release, MET; muscle energy technique, Kinesio Taping I&II and IOC Sports Symposia on kinesiology taping and muscle performance in sport, and acupuncture. All of these have been utilized treating a variety of sports; track & field, swimming, diving, triathlon, field hockey, football, rugby, hockey, lacrosse, soccer, gymnastics, volleyball, basketball, curling, wrestling, not to mention all the alpine, nordic and sliding sports.

Patrick was selected as a member of the Vancouver 2010 Winter Olympic Games, specifically the Whistler Polyclinic Therapy team in the Athletes village. Patrick enjoyed this once in a lifetime experience working with Canada’s best medical team treating Olympic athletes from all over the world. Patrick also contributed his skills for the Halifax 2011 Jeux Canada Games and with NS Canada Games Women’s Curling team for 2015.   This year has been very exciting for Patrick, continuing  to work with CEC Track & Field, winning 6 titles.  Sponsoring and treating our local Canada Games athletes.  Working with Dalhousie University, the AUS Conference Champions Men’s & Women’s Track & Field Teams. Dalhousie Women’s Curling,  Team Jones, who recently won gold represented Canada at the World Junior Championships.

Patrick enjoys promoting the profession, traveling, photography, coaching track & field and the time spent with his wife and three children.