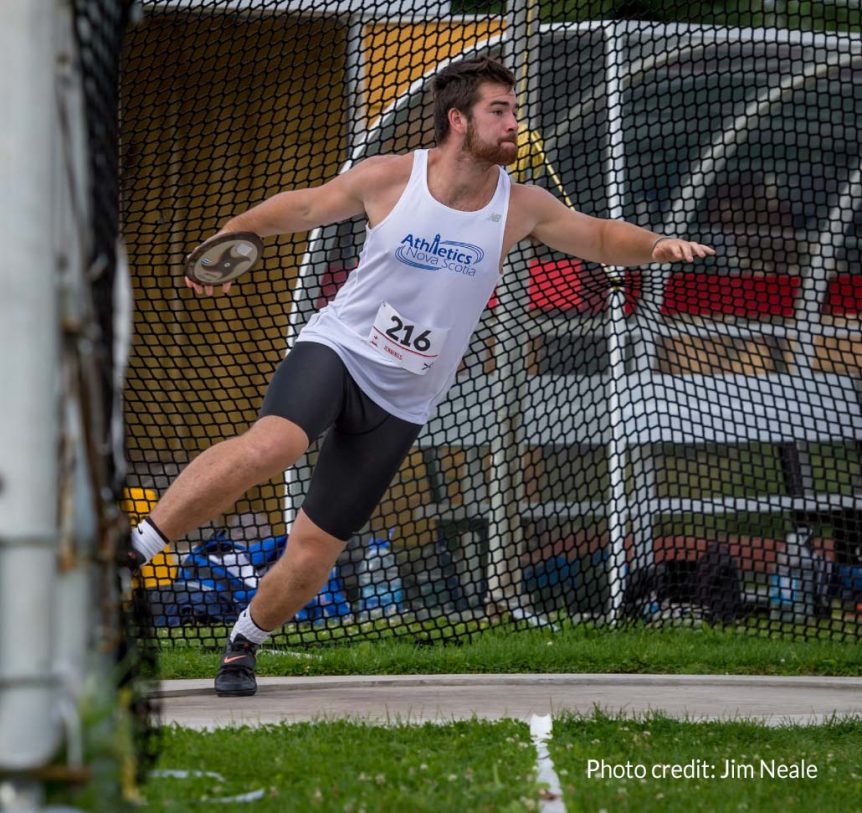 Legge Health Clinic Inc. is proud to support amateur sport. We have worked with several local athletes who have shown dedication to their sport and have been selected to represent Nova Scotia at the 2017 Jeux Canada Games this summer in Winnipeg.   Riley Jennings is one of these athletes.

I am Riley Jennings of Masstown, Nova Scotia. At Canada Games I’ll be representing Nova Scotia throwing discus as part of the track and field team. Growing up as the youngest of three boys I’ve always had an innate passion to dream big, and chase those dreams. With being selected to represent Team Nova Scotia at the 50th Canada Games I can say it’s a bit of a dream come true. Sport is my platform to show others what I’m capable of. Entering my third year of university I’m a part of StFX’s football, and track team. I began competing in the sport of track and field as a sprinter for Central Colchester Junior High because it was what my brothers did before me. It didn’t take long for me to realize that track and field had other options available to me. In the spring of grade 9 I was approached by Paul Millman, Peter Millman, and Nathan Burris and I will be forever grateful they took me under their wing to introduce me to the throwing events. With the help of team mates acting as mentors I’ve been fortunate enough to compete from coast to coast throwing heavy stuff as far as I can.

Representing CEC made me proud. In grade 10 I was honored with a bronze medal in discus at the NSSAF provincial championships. Over the next two years competing for CEC I collected 3 of a possible 4 gold medals. At the 2014 Youth Legion National Championships representing Team NS in Langley, BC I won a silver medal and realized that I was capable of throwing competitively on a national scale. Since then I’ve competed at two other National competitions. At the Canadian Junior Championships in July 2015 I came 5th in shot and 4th in discus, narrowly avoiding the podium. The following year I went back and came 4th again in discus, 7th in shot put. This year at Canada Games my dream is to perform to the best of my ability and continue to chase the podium that I’ve been centimeters away from in the past.

“Competing and training at a high level for football and throwing over the years has left my body beat up to say the least. Knee surgery in my senior year of highschool helped fix part of me. Many aches and pains remain but that’s the life of any athlete chasing their dreams. The extensive crew of health professionals at Legge Health Clinic has more knowledge of how to fix me than any other group I know. Off and on I’ve been into the clinic throughout my career. I look forward to working with Patrick Legge and his team for many years to come.” – Riley Jennings