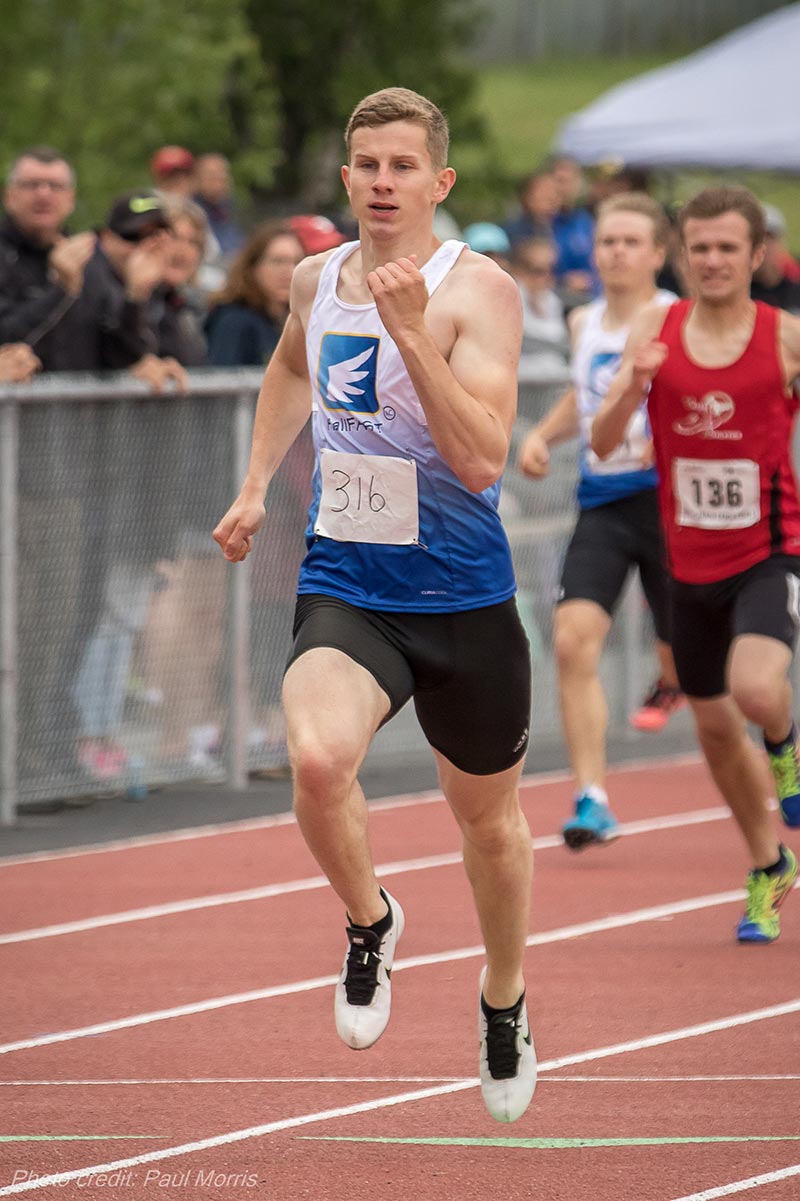 Legge Health Clinic Inc. is proud to support amateur sport.  We have worked with several local athletes who have shown dedication to their sport and have been selected to represent Nova Scotia at the 2017 Jeux Canada Games this summer in Winnipeg.  Mike van der Poel is one of these athletes.

First Year (2015/2016): Mike started his first year at Dalhousie University under Sprints Coach Michael Bawol. He adapted well to Michael’s program and started his university track season with a season opener of 34.48s in the 300m, which broke the NS Indoor Record. It also placed Mike as #1 in the CIS national rankings until December 31st, 2015 and set a new Dalhousie Record. Shortly after, he suffered from hamstring injury which limited his abilities for the remainder of the season.

Second Year (2016/2017): In his second year of university, Mike received three gold medals at the Atlantic University Sport championships, all were AUS and Dalhousie records. He broke the previous 300m records by 0.89s and two additional records with the 4x200m and 4x400m team. At nationals he won a bronze medal in the 300m event with a time of 34.10s. This time set a new provincial and Dalhousie record. Throughout the year he was rewarded with two G2 Male Athlete of the Week awards and as the Dalhousie MVP for Men’s Track & Field.

Statement:
“Legge Health Clinic helped me overcome my injuries in a knowledgeable and extremely positive manner. Their methods of treatment helped me get back on track and ultimately made me a better athlete. I am very excited to receive support from Patrick and his team for the upcoming Canada Games.” – Mike van der Poel